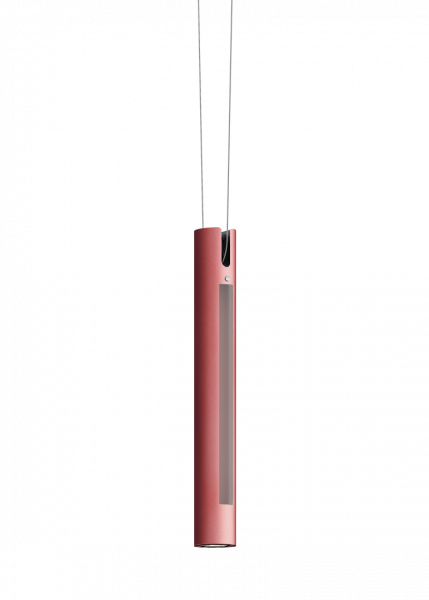 Please let us create an individual offer for this article in the next step! First, put in the shopping cart and then click on the button "Request offer".
Description Useful information Variants of dimming Downloads
Description
Luminaire head BREAK IT   The BREAK IT luminaire head  is a luminaire from... more
Close menu

The BREAK IT luminaire head  is a luminaire from the SLACK LINE family by OLIGO. This series is characterized by: 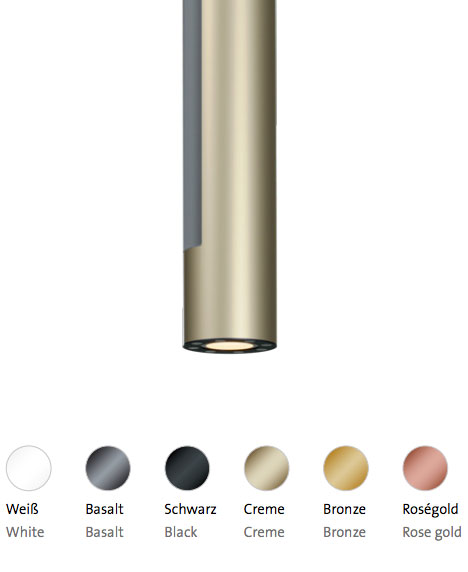 The lamp head is equipped with 2 LEDs: one for spot light and one for area light. Two BREAK-IT each can be connected magnetically at the lower end. The position sensor detects the horizontal orientation of the luminaire and activates the area light. In vertical alignment, the area light is automatically switched off and the point light is activated. 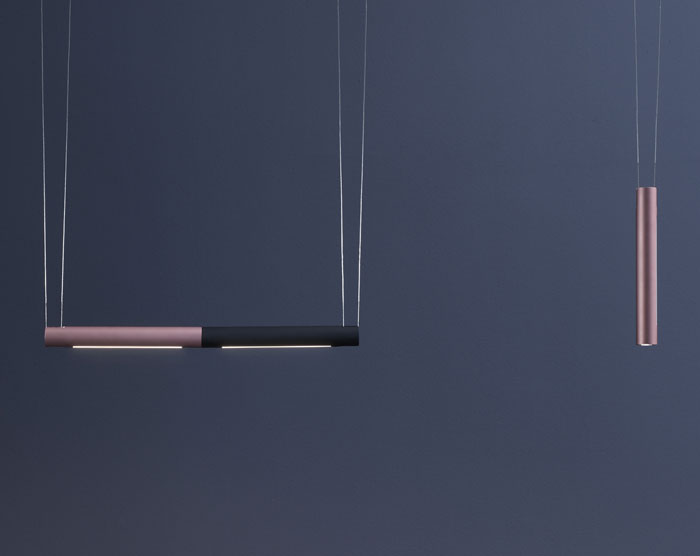 Fig.: Mounting of the BREAK-IT luminaire head on the left as an area light (consisting of two luminaire heads) and on the right as a single luminaire with point-shaped radiation.

The light head offered here still requires the order of a canopy for a complete luminaire! 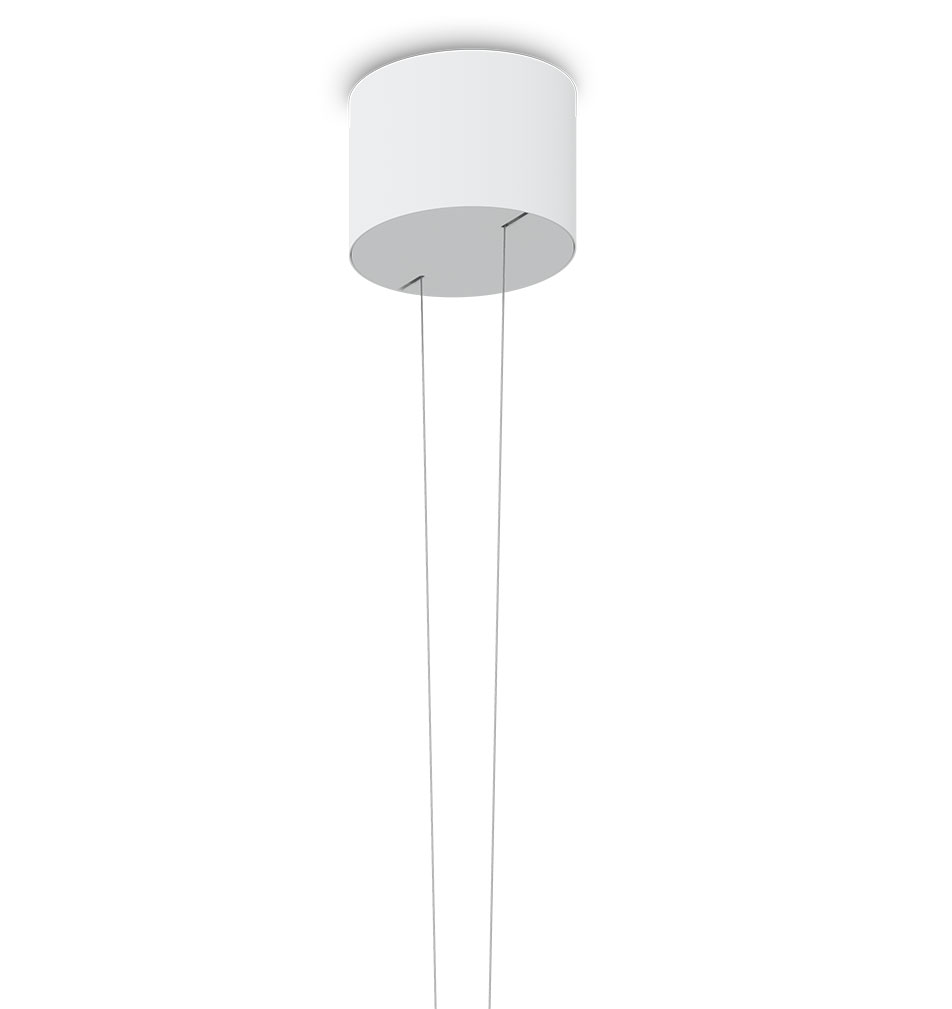 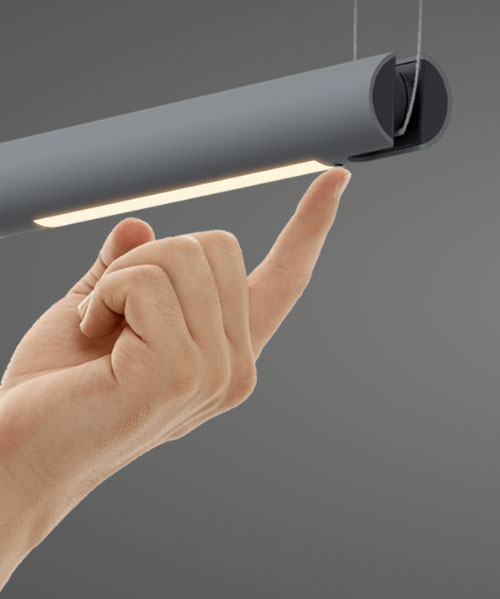 Switching on and off is done by briefly pressing the button, stepless dimming by longer pressing. The duration of the touch is evaluated by a microprocessor with special software and the brightness is readjusted. In the case of pendant lights, for example, this not only saves the additional dimmer on the wall. The person also no longer needs to get up from the table to change the brightness.

Switching on and off is done by briefly pressing the button, stepless dimming by longer pressing. The duration of the touch is evaluated by a microprocessor with special software and the brightness is readjusted. In the case of pendant lights, for example, this not only saves the additional dimmer on the wall. The person also no longer needs to get up from the table to change the brightness.