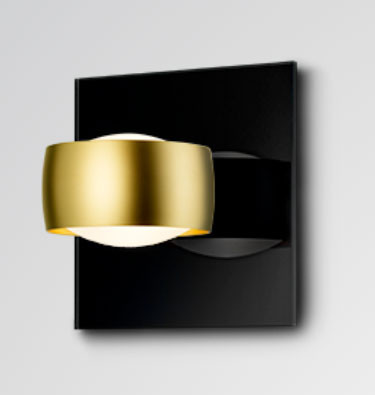 The modular wall luminaire GRACE UNLIMITED with its wide range of variants makes it suitable for use in living rooms as well as sophisticated lighting concepts in buildings. In line with a modular principle, forty combinations are available for color and surface design. Glass panels and luminaire heads in classic finishes as well as matt shimmering Soft Touch surfaces can be assembled as desired. The luminaire is suitable for the use of LED retrofit bulbs, which are therefore interchangeable.

Due to the large variety of variants and the resulting complicated representation, please put your desired lamp together from the lamp head and the back glass plate. In order to simplify the configuration, the luminaire head is already delivered complete consisting of the 2 components:
- Body with socket G9
- Lamp head in the desired surface

>>> The price shown here does not yet apply to a complete lamp! Please complete your luminaire with the back glass plate, the two glass bowls and, if necessary, with one or two light shapers in the "spare parts / accessories" field.

The glass bowls (one each for the top and bottom to choose) are available in three variants:
- Frosted: This glass bowl gives off a soft, undirected light
- Partially frosted: In this glass bowl, a strip in the middle of the glass is clear, so that a vertical strip of light can be seen on the wall
- Transparent: This glass bowl is completely clear. It is chosen in interaction with the light formers

The light formers consist of a thin metal plate, which lets the light through only a narrow slot. The light is directed by it and does not scatter.

Assembly of the lamp 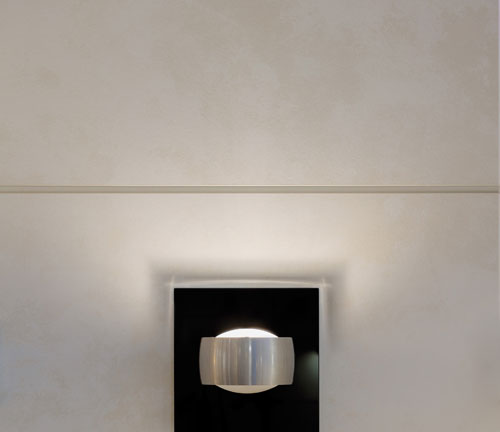 Mostly soft light with a brighter beam in the middle 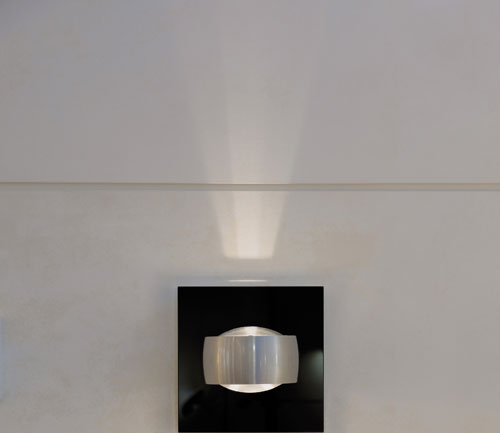 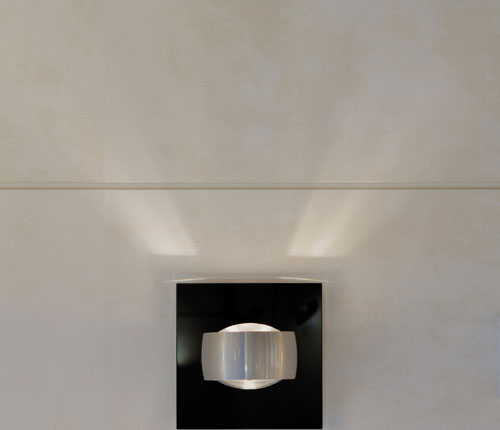